After an online chat with pioneering film magazine editor Dinesh Raheja, who helmed MOVIE magazine with such erudite and informed precision, topped with skillful visual story-telling, here's looking back at the best Bollywood film magazine covers of ALL-time! In fact, for my money's worth, the best film magazine India ever produced; MOVIE.
A fan favourite of Indian cinema buffs, it was also a magazine all Mumbai film stars willingly picked up and made time for - especially if/when they knew it might be a potential cover shoot with a novel twist.
Celebrities went to the MOVIE magazine office to chat with fans (not to beat up writers, cough cough Dharmendra! Saif Ali Khan! - we remember all!!!). They experimented with looks, they stripped down for controversial covers, they spoke at length about sensitive matters, they knew they wouldn't be misquoted and they knew they wouldn't have to deal with amateurs boring them with inane q's about alleged affairs, speculative dalliances or anything that made for ill-mannered retinue of queries.
MOVIE magazine was fun, informative, it had a bird's eye view of where the audience was heading, it heard the beats from the pulse of the cine-going nation. It let Madhuri Dixit know that Juhi Chawla was breathing down her neck with a box-office triumph of Darr and an award-winning turn at Hum Hai Rahi Pyar Ke. But what really set the tone and allerted all that chirpy Chawla had reached the pinnacle, a whopping majority of votes as a fan-favourite in MOVIE magazine's annual opinion poll issue.
In fact, the annual opinion poll issues were the most anticipated editions of the year - no less than an award  for any star, if they topped the pyramid with the highest percentage of votes. The annuals were collector's items, the photo essays were no less than modern art. The late greats - Gautam da, Jagdish Mali - famed Indian photographers all contributed and put their stamp on the magazine with glossy portraits of the most beautiful faces of Indian cinema.
Before remakes were popular, it brought Amitabh Bachchan and Rajesh Khanna together for an Anand reunion - in print. When an unbecoming tragedy occurred with the death of 19-year-old Divya Bharti, they pulled together a commemorative issue that was both respectful and factual - editing out all speculation and deleting all bat-shit conspiracy theories. The team had a refreshing take for film journalism in India, facts, not just biased opinions, informed reportage, not just reams of gossip columns.
When the magazine dwindled down with the unceremonious exit of Raheja (and Jitender Kothari), a rich chapter of recorded Bollywood history closed.
For a nostalgic jog down memory lane, here's a retrospective of the Top Ten bestselling MOVIE magazine issues.
Starting off with simply the best of Bollywood; Sridevi and Aamir Khan; 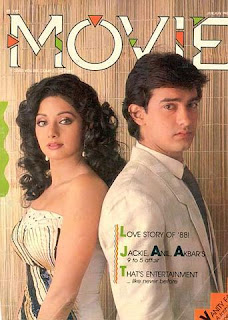 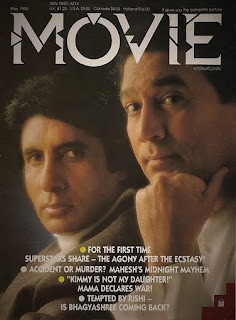 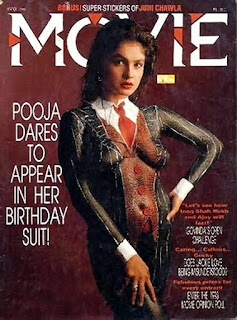 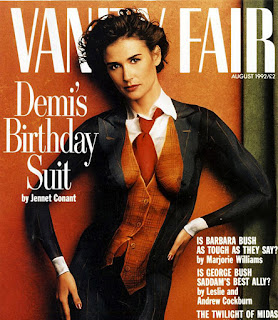 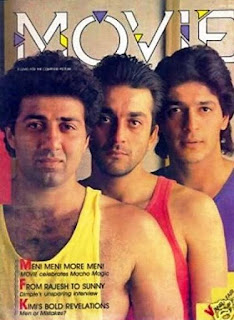 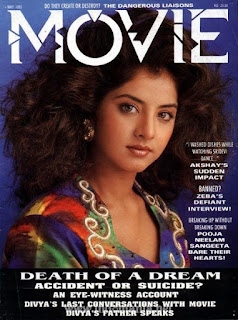 "We rarely used stock pics and I would be present to ensure that pics were executed as I had visualised them. The photographers I worked regularly were Jagdish Mali, Rakesh Shrestha and Gautam Rajadhakshya,"  Dinesh Raheja 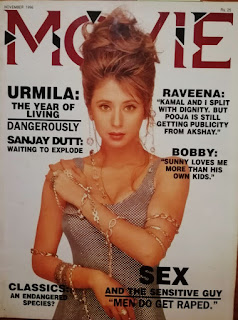 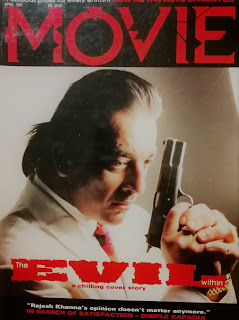 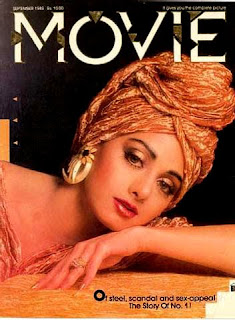 "Sridevi in a golden turban - in fact I did six to seven covers with Sridevi and all were runaway successes!" 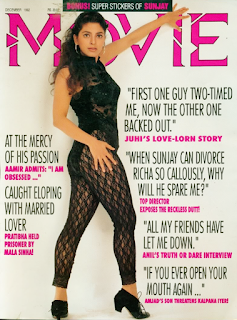 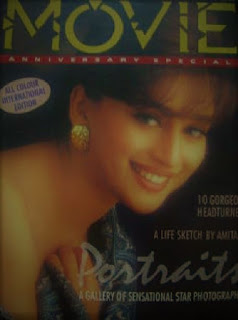