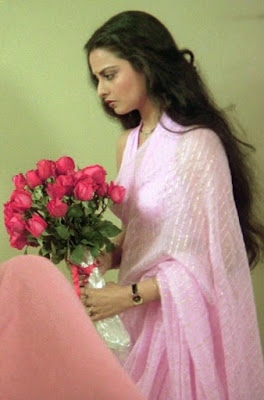 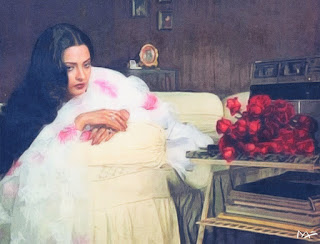 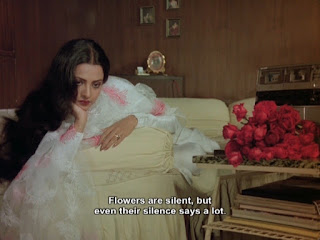 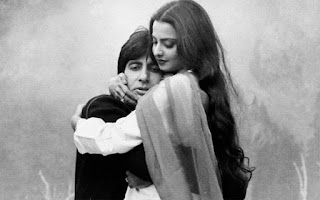 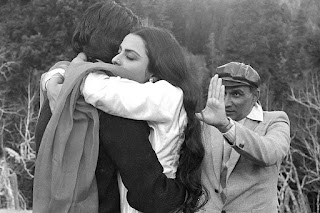 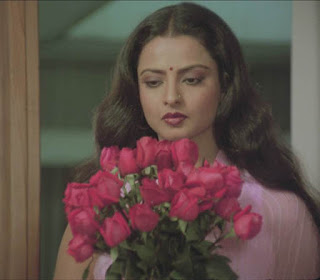 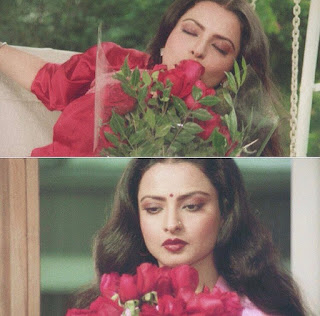 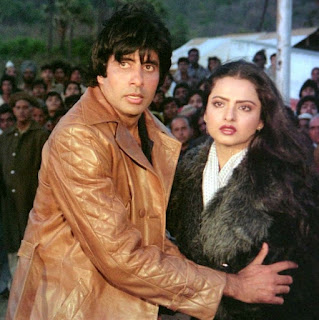 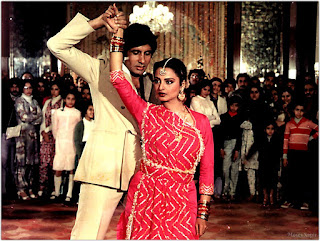 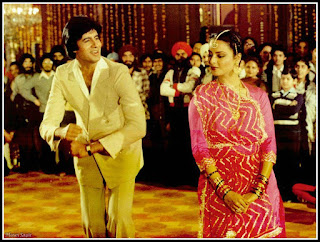 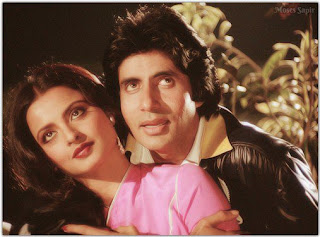 Silsila is the most poetic, beautiful, well-crafted film about adultery ever made... in Bollywood. The most perfect dialogues, comedy, drama, visuals, songs, lyrics, direction, tragedy, acting, actors, leading ladies... the movie is a near-perfect masterpiece.

Long before fashion was in fashion, there was Rekha in Silsila. Sporting one incredible look after another, its breathtaking to watch Rekha appear in frame after frame looking as dazzling as she does.

We are in the process of collecting all 63 looks Rekha had in the movie where she was at the absolute zenith of her extreme Indian beauty. After reaching that pinnacle (well, here and in Umrao Jaan), Re' fell off the cliff and went into the 80s horror show of over-the-topness (Madam X anyone? Or even her 'model' looks in Khoon Bhari Maang!). But until then, she was sheer perfection. The salwars, the saris, the jewellery, her winter coats, her western fare and Indo-western mixes... they really should be in a museum for its stunning sartorial selections. Any sari in the film released on 14 August 1981 could be in vogue today... Hell, Rekha should be in Vogue (India) but still hasn't appeared. Um... what's happening Anaita??!

And these two superstars... Amitabh Bachchan and Rekha... to pilfer a quote from Hollywood, "He gave her class, she gave him sex-appeal..."

They gave us a forbidden, unrequited love, that we're still talking about decades later.